Trading update for the first quarter of 2017 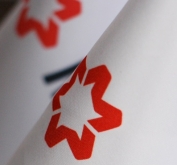 Metinvest B.V., the parent company of a vertically integrated group of steel and mining companies (jointly referred to as “Metinvest” or “the Group”), today published a trading update for the first quarter ended 31 March 2017.

The information in this press release has been prepared based on preliminary financial results. Intragroup transactions have been eliminated in consolidation. This announcement does not contain sufficient information to constitute a full set of financial statements. The following preliminary results may differ from financial statements prepared in accordance with International Financial Reporting Standards (IFRS). The numbers in this press release have not been audited or reviewed.

Metinvest B.V. publishes consolidated financial statements prepared in accordance with IFRS for the six months ending 30 June and for the year ending 31 December.

Due to rounding, numbers presented throughout this release may not add up precisely to the totals provided and percentages may not precisely reflect absolute figures.

1. Adjusted EBITDA is calculated as earnings before income tax, finance income and costs, depreciation and amortisation, impairment and devaluation of property, plant and equipment, foreign-exchange gains and losses (starting from 1 January 2015), the share of results of associates and other expenses that the management considers non-core, plus the share of EBITDA of joint ventures. We will refer to adjusted EBITDA as EBITDA throughout this release. On 15 March 2017, Metinvest lost control over all tangible assets owned by enterprises located in the temporarily non-controlled territory of Ukraine, including Yenakiieve Steel, Krasnodon Coal and Khartsyzk Pipe. Subsequently, the Group decided to make a provision for impairment of all assets of these enterprises, of which US$87 mn for inventories is accounted for in the EBITDA for 1Q 2017.

2. CAPEX is calculated on an accrual basis (recognition).

4. Cash and cash equivalents do not include blocked cash for cash collateral under issued letters of credit and irrevocable bank guarantees and include cash blocked for foreign-currency purchases.

In 1Q 2017, Metinvest’s consolidated revenues increased by 44% y-o-y to US$1,853 mn. This was primarily due to a recovery in global prices of steel, iron ore and coal products, after they hit their lowest over the last several years in 1Q 2016.

The Metallurgical segment generates revenues from sales of pig iron, steel and coke products and services. In 1Q 2017, its top line rose by 46% y-o-y to US$1,473 mn, driven by higher selling prices of steel and coke products, as well as greater demand for slabs. As such, sales of flat products rose by US$321 mn, slabs by US$50 mn, long products by US$49 mn, coke by US$28 mn and other products and services by US$27 mn. This was partly offset by lower sales of square billets of US$17 mn. The share of finished products in the steel sales mix rose to 81% in 1Q 2017, up 5 pp y-o-y, due to lower sales of pig iron and square billets. In 1Q 2017, the segment accounted for 79% of external sales, flat y-o-y.

Pig iron
In 1Q 2017, sales of pig iron increased by 5% y-o-y to US$68 mn due to higher selling prices, while sales volumes decreased by 38% y-o-y (or 129 kt) to 210 kt, driven by lower overall production (81 kt) and re-sales of Zaporizhstal’s pig iron (50 kt), negligibly offset by destocking. Given the lower available volumes and weaker market demand, sales to MENA, Europe and Southeast Asia decreased by 80 kt, 49 kt and 24 kt, respectively. Sales volumes to North America and Ukraine remained largely unchanged, while those to other regions increased by 25 kt.

Slabs
In 1Q 2017, sales of slabs doubled y-o-y to US$94 mn, driven by a surge in the average selling price (+86 pp) and a 30% rise in sales volumes. Volumes increased by 51 kt y-o-y to 222 kt amid greater demand and overall production. As such, sales to Europe, Southeast Asia and Ukraine rose by 48 kt, 16 kt and 5 kt, respectively. At the same time, volumes to MENA decreased by 18 kt, mainly due to lower sales to Turkey.

Square billets
In 1Q 2017, sales of square billets decreased by 38% y-o-y to US$27 mn, driven by a drop in sales volumes (-58 pp), which was partly compensated by a higher average selling price (+20 pp). Volumes declined following the shutdown of Yenakiieve Steel in February 2017, given the rail blockade in the zone between the territory controlled by Ukraine and the non-controlled area, and the subsequent loss of control over the enterprise from 15 March 2017. This resulted in a decline in sales to all markets. Available volumes were distributed to MENA to fulfil orders of key clients.

Flat products
In 1Q 2017, sales of flat products increased by 54% y-o-y to US$914 mn, due to a hike in the average selling price. Total volumes remained flat y-o-y at 1,700 kt, while re-sales of Zaporizhstal’s flat products dropped by 107 kt y-o-y to 619 kt, reducing their share in total sales volumes by 7 pp y-o-y to 36% in 1Q 2017. Sales volumes were redistributed to key regions depending on where the margins were greatest.

Long products
In 1Q 2017, sales of long products rose by 33% y-o-y to US$195 mn. This was caused by a higher average selling price (+38 pp), partly offset by lower sales volumes (-5 pp) amid lower production and the loss of control over Yenakiieve Steel. Meanwhile, volumes were allocated between markets to maximise margin.

Coke
In 1Q 2017, sales of coke doubled y-o-y to US$64 mn, reflecting a similar move in the average selling price. This was partly offset by lower sales volumes, which contracted by 61 kt y-o-y to 210 kt, driven by lower sales in Ukraine.

The Mining segment generates revenues from sales of iron ore, coal and other products and services. In 1Q 2017, its top line increased by 38% y-o-y to US$380 mn, driven mainly by higher iron ore and coal selling prices, which followed global benchmarks. This was partly offset by a fall in sales volumes, caused by lower overall production of iron ore and coal products, as well as greater intragroup consumption. As a result, external sales of pellets rose by US$66 mn, iron ore concentrate by US$18 mn and other products and services by US$30 mn, while those of coking coal concentrate dropped by US$9 mn. In 1Q 2017, the segment accounted for 21% of external sales, flat y-o-y.

Iron ore concentrate
In 1Q 2017, sales of merchant iron ore concentrate increased by 12% y-o-y to US$173 mn, mainly due to a surge in the average selling price. The latter followed the benchmark [1], which rose by 76% y-o-y to an average of US$86/t in 1Q 2017, up from US$49/t a year earlier. At the same time, total sales volumes dropped by 50% y-o-y (or 2,190 kt) to 2,173 kt, driven by a y-o-y production decline and an increase in inventories in 1Q 2017 compared with destocking in 1Q 2016. Given the premiums in Europe, one of Metinvest’s key markets for iron ore, sales to that region increased by 321 kt. There was a decline in sales volumes in Ukraine (-362 kt), amid weaker demand there. The remaining available volumes were sold to Southeast Asia, although volumes to that region were down 2,148 kt y-o-y.

Pellets
In 1Q 2017, sales of pellets almost doubled y-o-y to US$139 mn, following a hike in the average selling price. Meanwhile, sales volumes contracted by 13% y-o-y (or 169 kt) to 1,170 kt amid lower production. Sales to Europe rose by 333 kt, driven by stronger demand and a favourable market environment. Sales in Ukraine decreased by 395 kt due to lower sales to local customers. The balance was sold to Southeast Asia, although volumes to that region were down y-o-y.

In 1Q 2017, Metinvest’s consolidated EBITDA soared by US$284 mn y-o-y to US$402 mn, mainly amid a surge of US$363 mn in the Mining segment’s contribution. In addition, the Metallurgical segment’s EBITDA increased by US$31 mn. Corporate overheads and eliminations rose by US$110 mn, mainly due to higher eliminations.

The increase in consolidated EBITDA was primarily attributable to the following factors:

These factors were partly offset by:

During 1Q 2017, Metinvest successfully concluded the restructuring of 94% of its debt portfolio, totalling US$2.8 bn and including US$1.2 bn in bonds, US$1.1 bn in pre-export finance facilities, US$0.4 bn in shareholder loans[2] and US$0.1 bn in seller notes.

Several projects are ongoing in the Mining segment. These include the construction of deep-quarry crusher and conveyor systems at Northern GOK (the second facility for rock transportation at the Pervomaisky quarry) and Ingulets GOK (Vostochny conveyor line only), as well as the replacement of gas cleaning units on the Lurgi 552-B pelletising machine at Northern GOK.

[3] Includes US$1 mn of corporate overheads

METINVEST GROUP is a vertically integrated group of steel and mining companies that manages every link of the value chain, from mining and processing iron ore and coal to making and selling semi-finished and finished steel products. It comprises steel and mining production facilities located in Ukraine, Europe and the US, as well as a sales network covering all key global markets. The Group is structured into two operating segments, Metallurgical and Mining, and its strategic vision is to become a leading vertically integrated steel producer in Europe, delivering sustainable growth and profitability resilient to business cycles and providing investors with returns above the industry benchmarks. For the first quarter ended 31 March 2017, the Group reported revenues of US$1.9 bn and an EBITDA margin of 22%.

METINVEST HOLDING LLC is the management company of Metinvest Group.